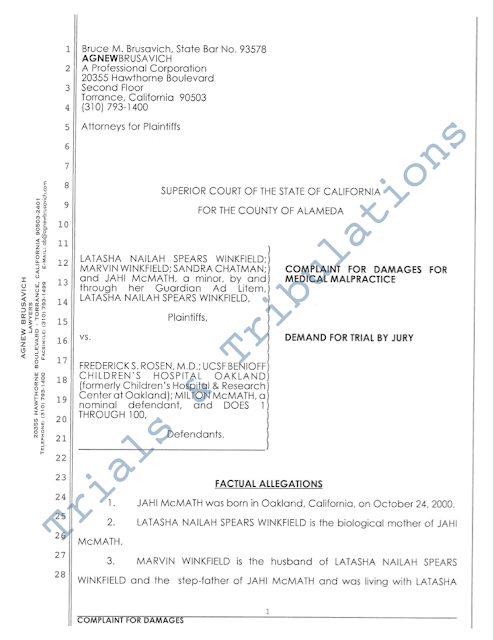 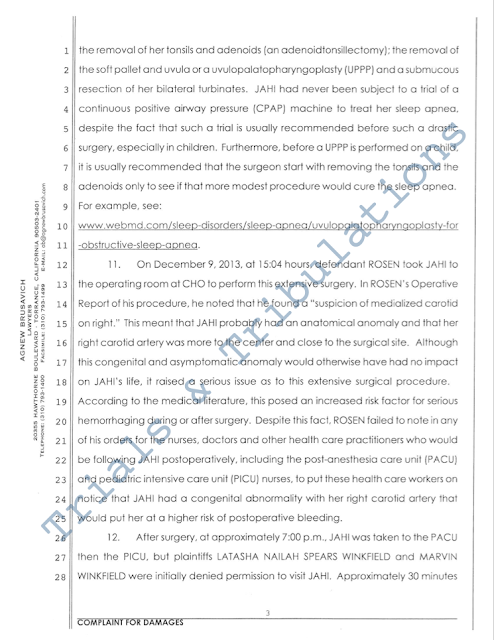 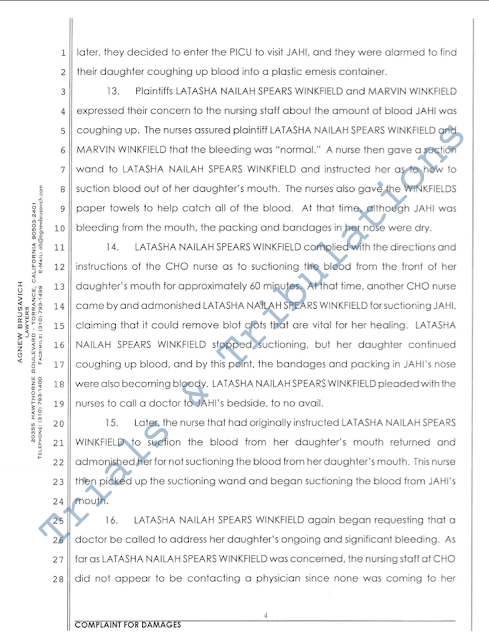 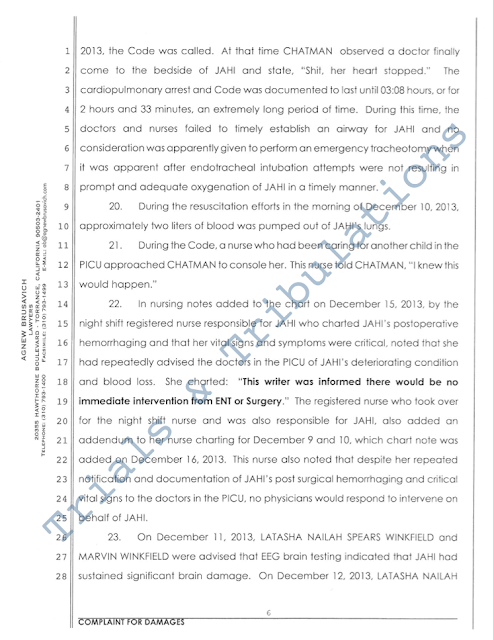 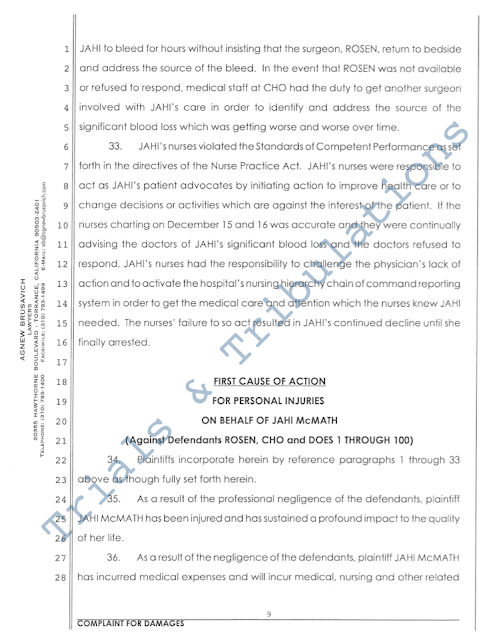 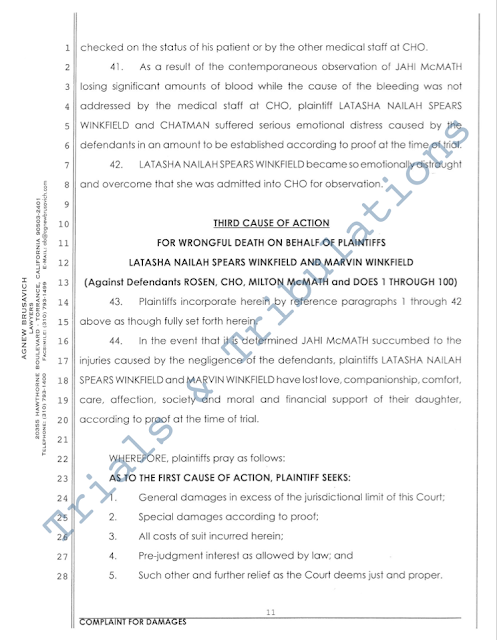 One last note: I am in no way saying that the actions of Dr. Rosen, the nurses, any of the other doctors, Nailah Winkfield, or Sandra Chatman, was right or wrong.  I am not condoning or condemning anyone or anything.  Whether anyone was actually at fault is still unknown.  But what people tend to lose sight of in situations like these is actually the most obvious thing of all: the loss of Jahi was a tragedy, and something clearly went drastically wrong.
at June 15, 2015