Christmas is ok.  New Year's Day is satisfactory.  My wife and children's birthdays are fine.  My birthday is usually tolerable.  My wedding anniversary is alright.  True, those are all mornings when I wake up in a fairly good mood, knowing that the day will be full of metaphorical sunshine and rainbows.  But none of those is my favourite day of the year.  Not by a long shot.

Yes my friends today, April 1, is my favourite day of the year.  Think about it - when else can you say or do whatever the hell you want and get away with it just by yelling "APRIL FOOLS!"  It's great!  Pranks, jokes, and puns abound.  Sarcasm is the theme of the day.  What could possibly be better?

So to celebrate the day, I'm going to review a few of my favourite all-time pranks, starting with . . . 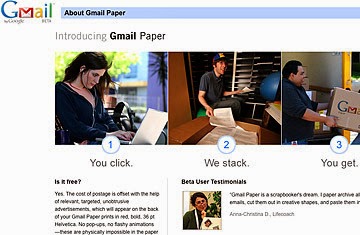 Those jokesters over at Google advertised a service where your emails would be printed and mailed to you for free.  To defray the costs, adverts would be printed on the back of each page in bold, red 36-point Helvetica font.  Ha ha ha!  Great, right!  Well if that is good enough, how about . . . 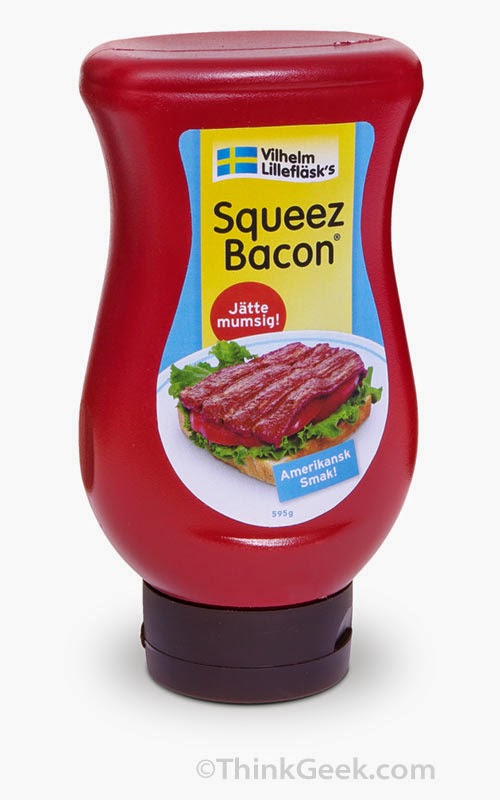 I will readily admit that I got more than just a little excited about this product when I saw it.  I started drooling at the prospect of squeezing bacon-flavoured goo all over anything and everything . . . until I remembered it was April 1.  Yes, ThinkGeek had tricked me for at least 2 seconds, and I truly felt duped and disappointed.  But it's April Fools' Day! It's a day for trickery and deception, not sadness and melancholy, so we move onto . . . 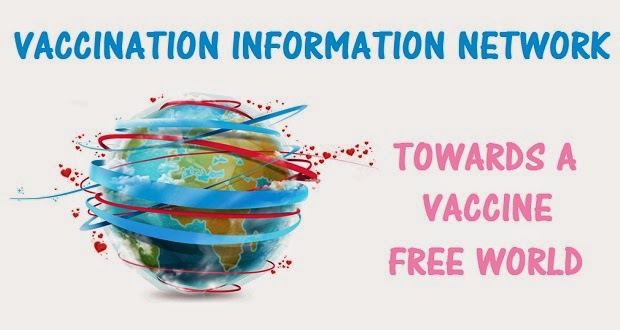 And then there's this little gem from our friends over at the Vaccination Information Network, those intrepid truth seekers who only want to rid the world of vaccines and expose how evil vaccines actually are and will tell whatever lies and half-truths they have to in order to expose us malevolent, corrupt doctors for trying to, you know, prevent deadly diseases and stuff:


kj..... mike said.... Hi, remember me? I posted an angry message a few months ago and I had been pro-vaccination... Until recently. I have been receiving payments via several of Big Pharma to try and promote questionable new drugs... But after having recently received a vaccination for a bad case of Dutch Elm Disease - one of the worst cases the doctor had ever seen - my doctor says i am now showing signs of autism. Please forgive me, i didn't know the extent of their corruption.


Haha!  It's hilarious, right?  Dutch elm disease is a fungal infection which only affects trees, and it's just hysterical that an adult is showing signs of autism after getting a vaccine for a tree disease!  Hahahaha I just laughed my ass right off!  I at least had to give these idiots credit for trying to make light of an otherwise sensitive subject.  Good on them for a bit of self deprecation.

And then I read the comments, and I immediately felt the blood drain out of my face:
And my personal favourite:
Yes, seriously.  This rocket scientist not only failed to realise it was a joke, he actually suggested that Vitamin C (which can cure alcoholism, arthritis, ruptured discs, diabetes, and cancer, according to Natural News) could also be used to treat a fake tree-to-human disease that also somehow causes autism in adults.  I understand that people are clueless, but there are others who are so off the mark they may as well be living on Venus.

But this is antivax.  This is who they are and what they do.  These are people who think vaccines are not only ineffective but also cause everything from autism to diabetes to cancer, and many of them believe Vitamin C, homeopathy, a chiropractic realignment, and a gluten-free diet can cure anything.  They don't bother with silly things like science and reality, instead relying on fear-mongering and the advice of online idiots who wouldn't know a fact if it whacked them in the face with a bag of golden rice.

Now for those of you downtrodden folks who actually like the idea of Squeez Bacon and feel like crying, fret not my friends, as I now present you with this:

Feast your eyes and bask in all its bacony glory, for that is an actual real squeezable bacon-flavoured cheese spread.  You're welcome.  Enjoy!