It hopefully will come as no surprise that in addition to being a trauma surgeon, I'm a general surgeon as well.  While it is true that I repair colons that have been lacerated by bullets, fix stomachs slashed by knives, and remove spleens that have been shattered in car accidents, I also remove gall bladders, infected appendixes (appendices?), and many kinds of cancers.  One of the most difficult cancers to treat is breast cancer - not because it is technically difficult, but rather because it is very common as well as a very sensitive subject in a very sensitive part of the female anatomy.  I've been unlucky enough to be the one to tell innumerable people that they have cancer, and it seems that as soon as the word "cancer" escapes my lips, patients begin planning their own funerals.  But when it's breast cancer, the impact is always that much greater.

To give you an idea of the scope of the problem, there are approximately 1,500,000 new breast cancers diagnosed each year worldwide, and over 500,000 people die annually of breast cancer.  That data should be enough to give anyone pause.  Thankfully, because of aggressive screening (with physical examinations and annual mammograms) and equally aggressive treatment, the 5-year survival for breast cancer approaches 90%.

That makes it sound like we're doing a pretty damned good job at tackling a very difficult problem, and further research into both early detection and improved treatments are making our efforts better.  But an article published this month in the British Medical Journal seems to be trying to derail those attempts at improvement.  They studied breast cancer and death rates in 40-59 year old women over a 25 year period who either A) did or B) did not get annual mammograms.  First, they found that the women who got mammograms were found to have 20% more cancers (this makes sense because the mammogram can find a cancer that was not large enough to be felt on physical examination).  But they also found that the proportion of women who died of breast cancer did not differ between the two groups.

Well this is certainly bad news for radiology centers and radiologists, because it seems that we don't need to do mammograms because they don't save lives.  But that's great news for women, right?  We can stop doing mammograms!  Women of the world, rejoice!  No more squashing your breasts every year!

Now ladies, hold it right there before you start burning your mammogram slips along with your bras.  The authors go on to say that the women who were only diagnosed with cancer by mammogram (but were undetectable by physical exam) were "over-diagnosed".

Uh...what?  How do you over-diagnose cancer??  Indeed, the authors claim that because the death rates are the same, that these women didn't need to be diagnosed with breast cancer . . . yet.  Because you see, if they had just waited until the cancer was large enough to feel on physical exam, their risk of death was the same anyway, so we may as well not even do mammograms for women between 40 and 59.

I don't know if that makes any sense to you, because it certainly does NOT make sense to me.  Leave an otherwise-detectable cancer alone until it grows bigger?  This flies in the face of everything I know about cancer, which is to get it out as early as possible.  I have a feeling Terri (not her real name) would probably agree with me and tear your lips off for suggesting anything different.

I first saw Terri a few years ago when she was 40, though she looked much younger.  She had no family history of breast cancer or other specific risk factors, but she listened to the advice of her primary doctor and dutifully got her first mammogram.  When the mammogram revealed a very small lump in her left breast, her doctor sent her to see me for a consultation.  Because Terri's breasts were so large, when I examined her I couldn't feel the mass.  But when I looked over her mammogram, there was definitely something there.  It was small, round, and smooth, and the radiologist read it as a probable fibroadenoma, a common benign lump.

Terri wasn't satisfied with that.  I wasn't either.  I don't have breasts, so I can't imagine living with a mass in there that someone thinks is probably not cancer.  Put another way, if I found a lump in my testicle and was told, "Eh, it's probably nothing", I would swim through a pool of broken glass to investigate it further.  So whenever I see a woman with a breast mass, I offer to biopsy it or remove it outright.  She opted for removal.  And it's a damned good thing she did.

The mass turned out to be an invasive ductal carcinoma, the most common type of breast cancer.  We did further genetic testing as well, and it confirmed that she was a carrier of the BRCA-1 gene mutation, which confers not only a 65% risk of breast cancer, but also a 50% risk of developing another breast cancer (even in the opposite breast) and a 40% risk of ovarian cancer. 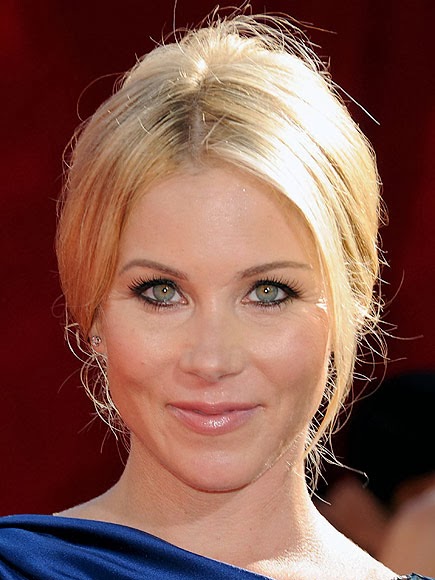 Terri opted for a bilateral mastectomy, and during that consultation I also spoke to her 3 daughters about getting tested for the BRCA-1 mutation, because they each have a 50/50 chance of inheriting the gene mutation from their mother.Having a bilateral mastectomy increases life expectancy by 3-5 years, which may explain why both Angelina Jolie and Christina Applegate chose to undergo the procedure.

At her postoperative follow-up appointment, I was explaining how I was going to send her to see an oncologist as well as a gynaecologist to discuss removing her ovaries.  While I was talking Terri kept interrupting me to say "Thank you".  I was about to say "You're welcome" when, for the first time since I met her, Terri started crying.  I handed her a box of tissues and told her it was normal to be overcome with emotion at this point.

"No, you don't understand," she said.  "You were the third surgeon I saw for this.  The first two told me the lump was nothing and that I didn't even need a biopsy.  But you actually listened to me.  You saved my life, and probably my daughters' lives too.  Thank you.  Thank you."