There have been very few times in my career when I've been completely stumped, when I've had absolutely no idea how to proceed.  This is extraordinarily frustrating for a trauma surgeon - we're supposed to know exactly what to do, no matter how difficult the circumstances.  But sometimes something presents itself that is so bizarre, so strange, so unpredicted, that my brain just stops.

I had just such an experience recently.

I got a rather frantic call from a doctor at a small community hospital on a Sunday morning.  He sounded panicked, flustered, and at a loss.

What the hell was going on?  Grumbling under my breath, I drove there grudgingly.  Despite my moaning and groaning, I was actually curious about what was so urgent that he needed me on a Sunday morning.  It wasn't an emergency room patient, it wasn't a surgical patient.  So...what was it?

I walked into the man's room while glancing through his chart.  He was in his 40's, very healthy, though perhaps a bit thin.  He had been admitted the night before due to his rapid heart rate of around 140 beats per minute.  He had no chest pain or any other symptoms, there was no reported history of heart disease, and there were no illegal drugs on his urine screen.  I was confused about why I was there - I'm not a cardiologist!  Why am I here?  Then I turned the page...

Ah hah.  Now the truth comes out.  It turns out he had taken a bunch of pseudoephedrine the night before, which had caused his heart rate to rise, and then he had...no, I have no idea why, stop interrupting!  Anyway, he had then inserted "something" into his rectum.

"What did you insert, sir?" I said after a brief introduction.

I did a rectal examination, and I could feel the edge of something large, smooth, and flexible, but it was just outside the reach of my finger.  After a minute of thinking, I went down to the operating room and grabbed a large clamp that looked like this: 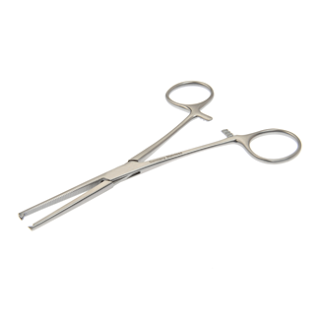 I returned to his room, instructed him to lay on his side, and I reached up there with the clamp.  Entirely by feel, I grabbed the edge of the thing with the clamp...and pulled.  Slowly, slowly, slowly it started to come out, when finally with a groan from the patient and an audible *POP*, out came this: 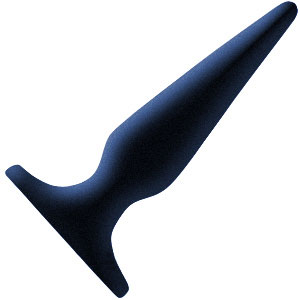 There I was standing behind him holding this 25cm (10 inch) long thing, and that is when it happened: I had no idea what to do next.  Do I throw it in the garbage?  Did he want it back?  Do I give it back to him?  Do I say something to him, and if so, what?  I was baffled.  WHAT NOW??

After what seemed like 10 minutes (but was probably closer to 2 seconds), I walked over to the sink, grabbed a paper towel, put it on his bedside table, and put the butt plug on the paper towel.  Then I walked out without a word.

Not surprisingly, I never heard from him again.  I have a sneaking suspicion this situation will arise again in the future, and even after thinking about it, I still don't know what I'll do when it does.
Posted by DocBastard at 19:09