I've said it before but it bears repeating: nurses are among the best people on the planet who deserve our utmost respect.  The only profession I see as deserving just slightly more esteem is teachers, who are responsible for bringing up our children from age 3-18 (or so).  Many children have more contact with their teachers during this time of their lives than with their parents.  In 2016 the folks in both professions are still predominantly women.  I don't say that to be sexist, it is simply factual and it leads directly into the point of this post.  As usual, I do have one.

Which leads me to Halloween.

Wait wait, Halloween?  That's quite a leap.  What the hell are you smoking, Doc?

Stay with me.  It'll all connect up, though you will be angry about it by the end.  At least I hope you are, otherwise I will not have done my job properly.  Trust me, just like in "The Usual Suspects", it will all line up by the time we're finished.  And for the record, no I am not Keyser Söze. 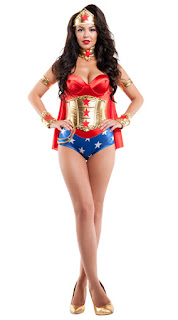 Other than the high heels, I have no problem with this (she wore boots, Yandy).  But they also have sexualised other characters like Captain America (really?), Tinkerbell (really?), and Elsa from Frozen (REALLY??!): 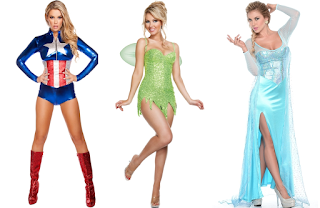 But then they have other costumes that make one think, "What the fuck were they thinking?  How is a crayon or Mr. Peanut or an M&M or Sully from "Monsters Inc" sexy?" 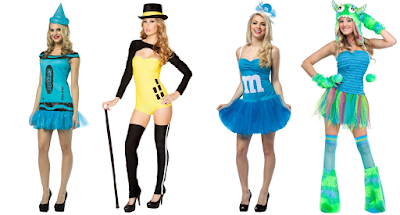 But then they get to the one that I knew would be there and finally (as the title strongly suggested) gets to the damned point of this stupid post (FINALLY!) - the sexy nurse. 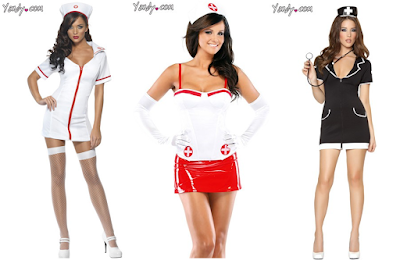 Lest you think I exaggerate, there are 158 different "sexy nurse" costumes on that site alone.  ONE HUNDRED FIFTY EIGHT.  Now I've worked in many different hospitals in many cities at all times of the day, and I've never seen a nurse dressed like that.

Before anyone starts to rebel and revolt and leave comments about how stupid I am and how I'm totally overreacting, I fully understand what you're thinking.  At this very moment I can hear several people moaning and complaining, "Everyone knows nurses don't actually dress like that!  I mean, they sell a sexy Ebola costume too! {yes, really}.  But it's just Halloween, Doc!  It's just a costume!  Don't be such a stick-in-the-mud!  It's just harmless fun, Doc!"   I hear you.  I've heard the arguments before, and I've contemplated this issue for years.
But that's just the thing - it isn't just harmless fun.  Trust me, I understand the "nurse fantasy" very well.  When I had my appendix removed in college, I readily admit I fantasised about a hot nurse coming in to check me out.  You know . . . check me out, wink wink, nudge nudge.  But that never happened for one very important reason: because just like doctors, nurses are professionals.

Nurses don't deserve to have their occupation demeaned degraded and sexualised so they look much more like prostitutes than professional healthcare workers.  These women and men do nothing but take care of patients (in between bouts of pounding on the computer trying to get it to work).  Every day they come in, they take care you people no matter how rude or dirty or stinky, they go home, and then the next day they do it all over again.

But just in case you still think I'm overreacting, hopefully THIS will change your mind: 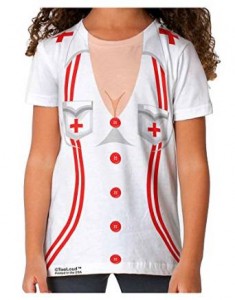 On the off chance you can't see the picture well, that is a 5 or 6-year-old girl wearing a nurse costume, complete with pockets strategically placed over the breasts, a fake tapered waistline, and fake cleavage.  FAKE CLEAVAGE.  And what makes it worse (as if that were even possible) is the name of the costume: "Sexy Nurse Toddler T-Shirt".  And who it was made for?  Two to six year-olds.  This was on sale at Amazon.com until it was rightly taken down recently.

As a doctor, I was outraged.  As a father, I am horrified and disgusted on many levels: 1) Someone out there thought it would be a good idea to make a costume that sexualises both nurses and children, 2) someone else then heard that thoroughly revolting idea and thought "Yes, I'll make this for you", 3) someone at Amazon then said, "Yes, we'll sell this item", and then 4) someone else (god only knows how many) thought, "Yes, I'll buy this for my little girl."  And at no time during this process did anyone ever say, "Wait . . . what the fuck are we doing here?"

What the hell is wrong with these people?  What is . . . wait, no.  I can't even finish that sentence or this paragraph because my ire has risen above the level of my eyebrows and is preventing me from seeing the keyboard properly.

Though Amazon removed this particular item in response to complaints, a 0.273 second Google search found several other "sexy nurse" toddler T-shirts that are still for sale.  Do little girls not have enough to contend with growing up these days without utter garbage like this adding onto the pile?  What in hell are we teaching them with this shit?

Is this just all in my head and a gross overreaction?  Mrs. Bastard doesn't seem to think so, and she has a much better head on her shoulders than I do (as you all have seen).  I fully welcome opposing views.  Someone here please tell me I'm wrong.
at May 09, 2016