Of the many questions I've gotten, the most common is some version of "What is the hardest thing you've had to do as a surgeon?"  My answer has generally been to tell some long, drawn-out, maudlin story of my most difficult and complicated surgical case.  But after answering that question way too many times, I thought more about what the most appropriate answer should be, and much to my own surprise I've decided to change my response completely.  In fact, the toughest thing I've ever had to do, by far, is . . .

Yes, shopping for Mrs. Bastard is more difficult and more nerve-wracking than removing a shattered spleen and repairing a torn colon while doing internal cardiac massage because the patient is actively bleeding to death.  I tried buying clothes for my wife once.  Once.  That's a mistake I'll never make again.  I once bought her a gift certificate to a very nice spa thinking she could enjoy a day getting pampered, but she never redeemed it.  My one great success was a surprise birthday vacation to a remote tropical island, but how often can I really get away with that?

I know a few of you out there are thinking, "Just buy her jewelry, you idiot!"  Wait, why didn't I think of that?  Oh wait . . . I have.  It's the most obvious answer, so of course I've thought of it.  Unfortunately my taste in jewelry is completely different than Mrs. Bastard's.  That is to say, pieces that I think are beautiful, she thinks are hideous.  And pieces that she loves I wouldn't think to buy her in a million years.  She almost never wears any piece of jewelry I've ever bought her (that she hadn't picked out herself in the first place).

Anyway, another recent failed trip to the jewelry store got me thinking about the subject (segue alert).

Several months ago I was explaining to a patient exactly how I was going to remove her gall bladder - the number of incisions (3), the size of the incisons (10 mm, 5 mm, and 5 mm), where each instrument would go and what they would be doing.  When I paused to ask if she had any questions, she only had one:  "Can I keep the stones?"  As odd as that sounds, it wasn't the first time I've been asked, not by a long shot.  But it was the first time I thought to ask why.

"I'm going to make a pendent out of it and wear it."

I laughed, thinking she was kidding.  She just stared at me with a perfectly straight face.  A 0.195 second Google search told me that not only wasn't she kidding, but the idea wasn't even hers: 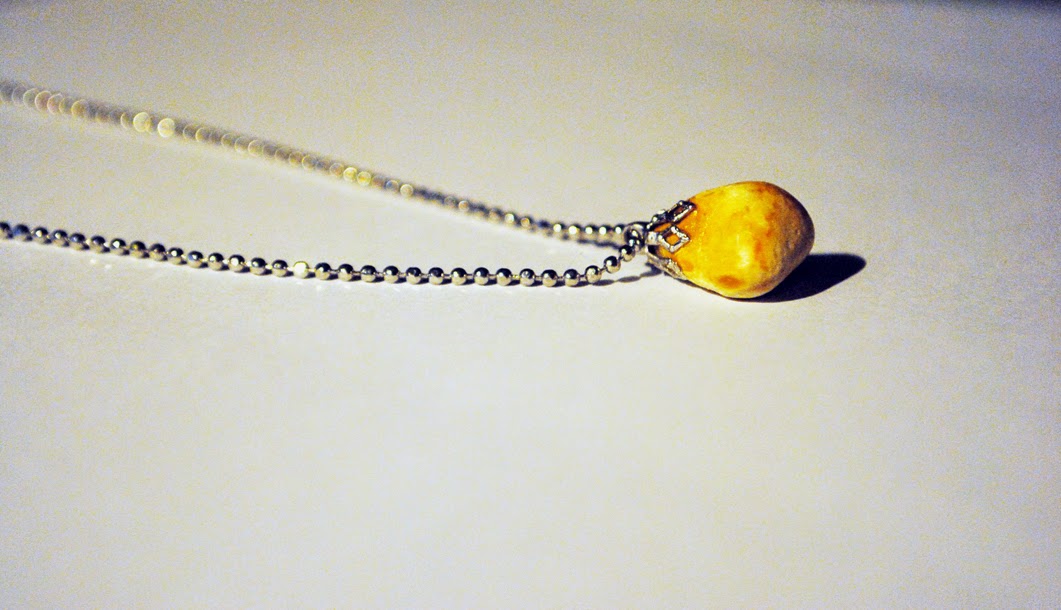 Apparently there's an actual market out there for people who want . . . this.  There's really nothing more that I can really add, so I'm just going to leave that there.

But while I'm on the subject of jewelry, I was reminded of this little gem (har har har) from some time back.  It's my second-favourite actual real X-ray of an actual real patient of mine.  He was in a car accident at 2 AM, the details of which are entirely unimportant.  Part of our workup included an X-ray of his pelvis, which didn't show any fracture.  What it did show, however . . . actually, I don't want to give away the punch line.  Take a look and see if you can make the diagnosis: 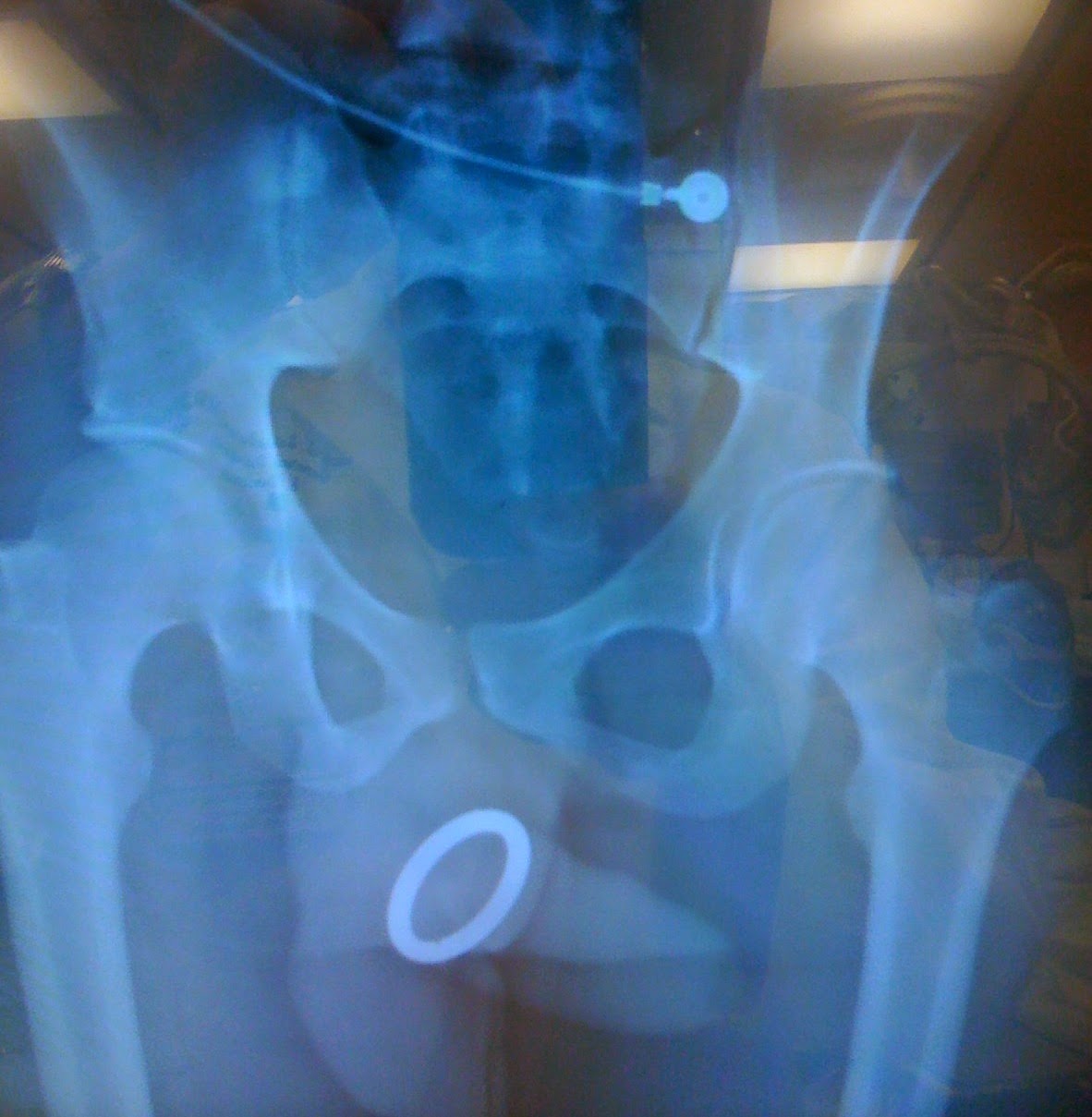 In case you aren't a radiologist and/or have never seen a cock ring before, that's . . . ah shit, I just gave it away.  Yes, that round thing at the base of his penis in the lower middle portion of the X-ray is indeed a cock ring.  So what was he doing driving around by himself while wearing that bit of jewelry at 2 AM?

It remains a very strange, exotic mystery.  THAT is a question I did not ask.

But speaking of questions, I wonder what Mrs. Bastard would think of getting some gallstone earrings for her next birthday . . .
at November 03, 2014